3 weeks ha? Do you ever get a feeling like you’ve been away for the whole lifetime but somehow have been brainwashed so you don’t remember a thing of the past few weeks. Well…this is how I feel, only the half-unpacked suitcases and a luggage-smashed box of macaroons bring some vague memories of another life. Another life where everything was drenched in sun and sugar, where the mornings were lazy and streets smelled of fresh bread, where reality was finally better than the dreams and I’ve never before felt so alive.

And all I want to do now is curl up in bed so none of these escapes me, so I can hold on to this for as long as possible. 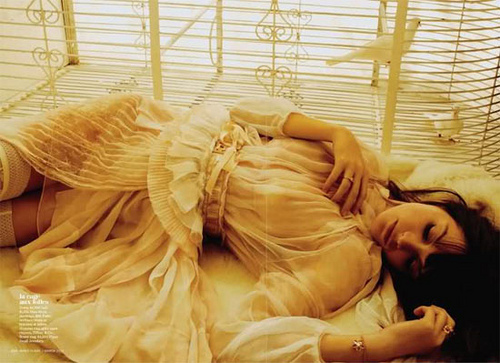 I promise to share some of it soon, just need to finish unpacking first.

in my dreams so far, but soon to be reality. Can’t wait!

If you find nothing to do tomorrow afternoon, crush my party at Dockweiler Beach for a cup of pinkberry and long conversations by the fire. Yes, I’m officially turning “quarter century +1”, you do the math. 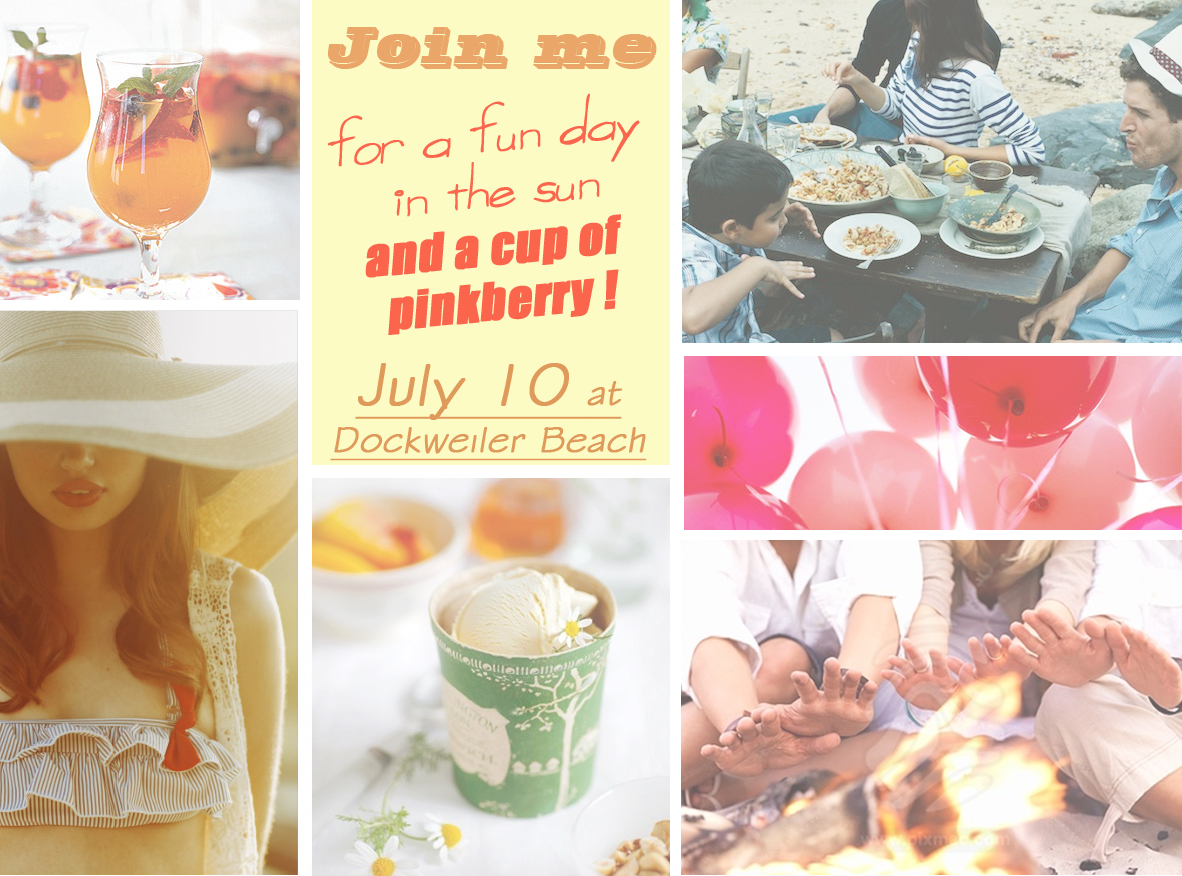 How an Angeleno knows that the summer is here?… by checking one’s calendar and not finding a single weekend open for the next few months. Between B-day parties (and one of my own), pool parties, BBQs and roadtrips, it’s almost impossible to find a minute to actually realize that we are almost midway through summer.

We opened up the summer season with a few roadtrips to Santa Barbara and San Luis Obispo Areas. With the temperatures much milder than LA and over 200 wineries, the region has become a favorite of ours and I see us coming back there quite soon again for the dose of that certain something  that makes Californian cows so happy.

I forgot to mention miles and miles of stunning beach lines.

There’s also a certain opulence to enjoy, where too much of a good thing is even better.

…and a sweeping wind in the hair that takes all the worries away. One said it’s the happiest place on earth and it’s definitely one of mine now. 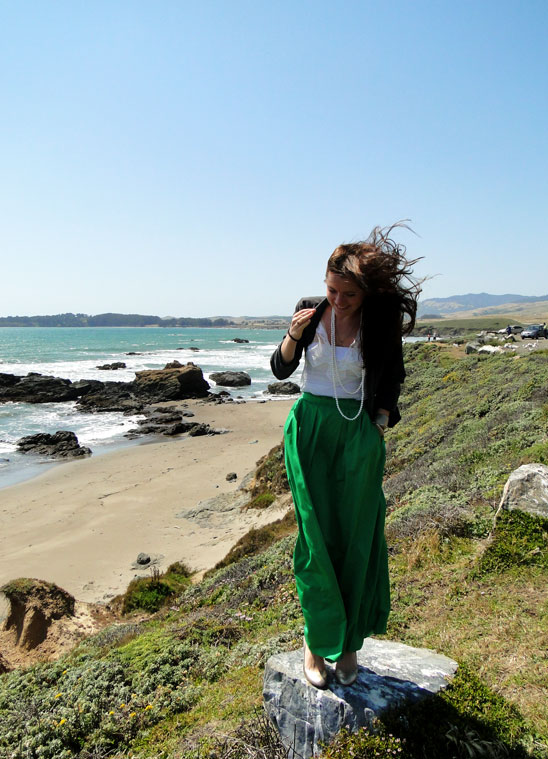 It’s been a while since I’ve made a “walking in…” post. Well, the only places I’ve been walking in recently were grocery stores and same old sightseeing places in LA with gazillion guest visitors last month. But last weekend we were so lucky to go for a wedding trip to Charleston, South Carolina.

To say that I was excited is to say nothing. I LOVE historic architecture and we don’t have it much here in LA. Charleston was founded in mid-17th century with tons of treasures to explore. Needless to say I was completely enchanted with charming little street, white porches and intimate gardens of residences, and southern food with its buttery sauces. 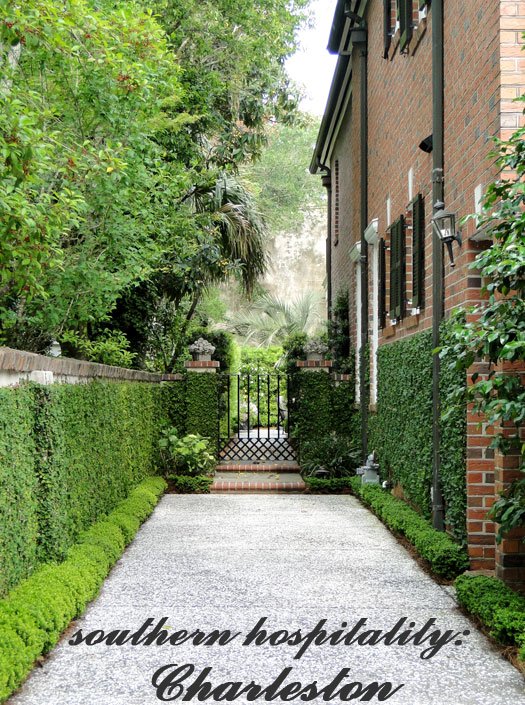 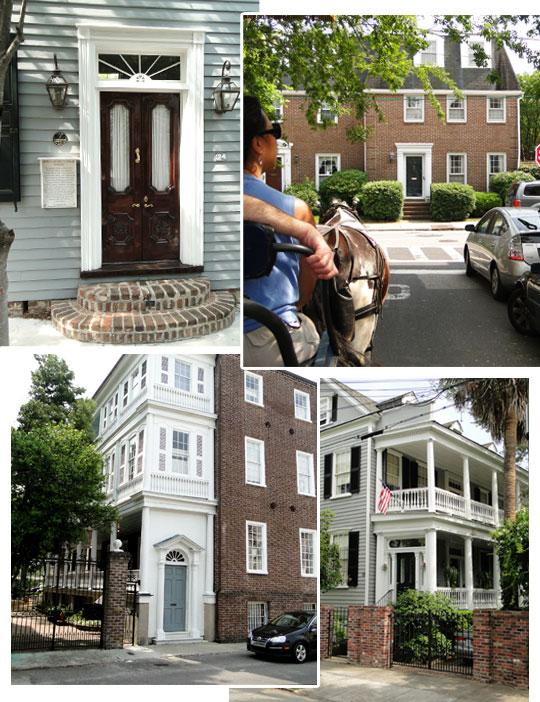 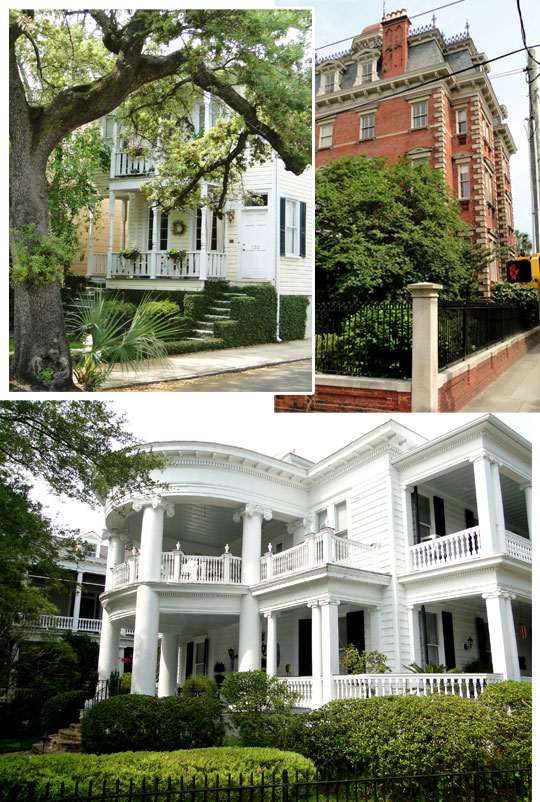 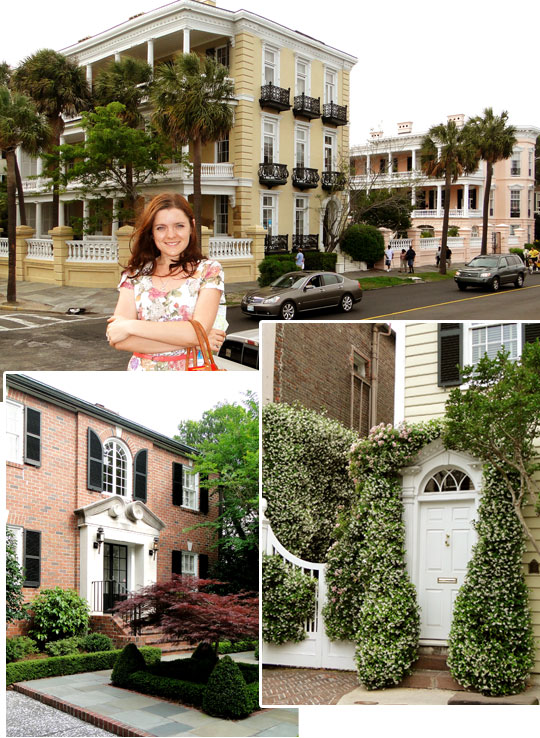 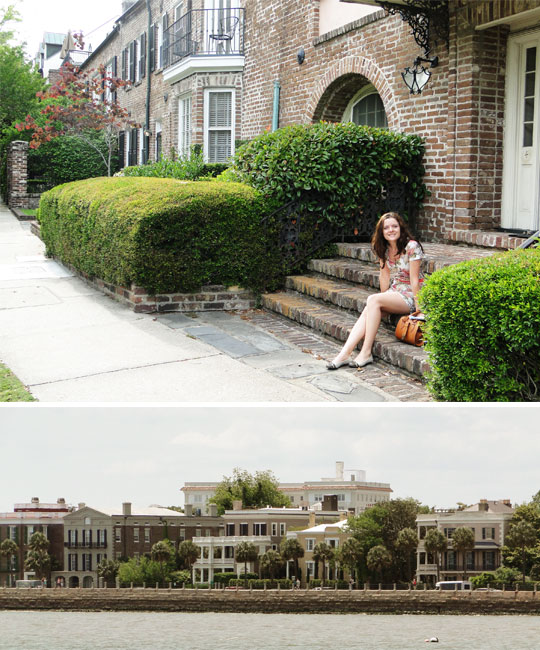