Recently I’ve really attracted to the architectural structures of curvilinear shape. The swooping curves of these spectacular structures make me pause and stare and my eyes can’t get enough of it. I got plenty of the eye candy browsing through the yet another oh-spiring Dubai structure, The Yas Hotel by Asymptote – Hani Rashid + Lise Anne Couture, voted the best building of the year 2009 in the category of Hotel/Restaurant.

The Yas Hotel, a 500-room, 85,000-square-meter complex, is one of the main architectural features of the ambitious 36-billion-dollar Yas Marina development and accompanying Formula 1 raceway circuit in Abu Dhabi, UAE. Asymptote envisioned an architectural landmark embodying various key influences and inspirations ranging from the aesthetics and forms associated with speed, movement and spectacle to the artistry and geometries forming the basis of ancient Islamic art and craft traditions. Of architectural and engineering significance is the main feature of the project’s design, a 217-meter expanse of sweeping, curvilinear forms constructed of steel and 5,800 pivoting diamond-shaped glass panels. This Grid-Shell component affords the building an architecture comprised of an atmospheric-like veil that contains two hotel towers and a link bridge constructed as a monocoque sculpted steel object passing above the Formula 1 track that makes its way through the building complex. And as exited as I was to see the interiors (as I’m currently very puzzled by the integration of the interior into exterior and vice versa), only a few were up to par with the architecture. Well, it’s hard to compete with this beauty or…may be they just ran out of money:) 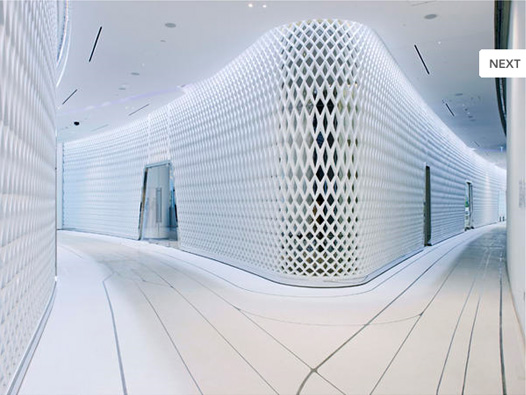 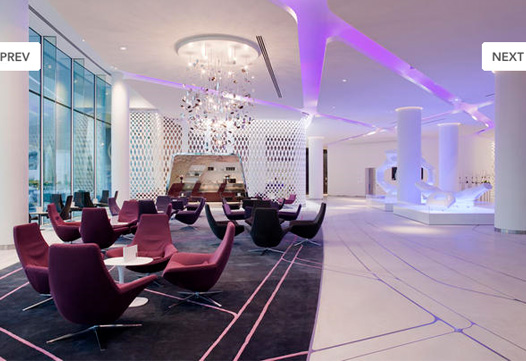 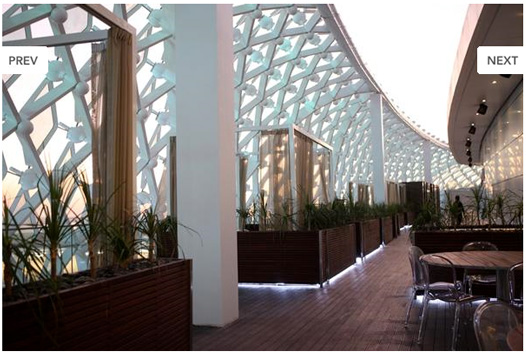 Hey, I’ll give them the best pool award hands down. 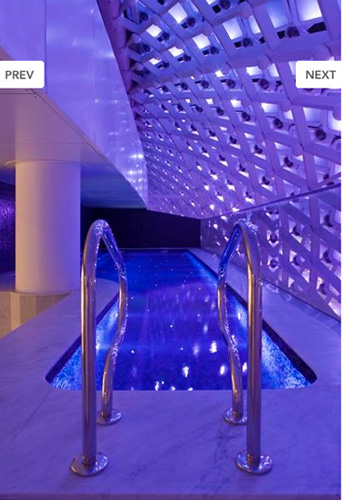 How would you like to take a cruise in a air-hotel?! If this design concept will come to reality, we would be able (or at least the wealthy ones) to have and amazing experience of sky cruising in a new luxurious resort.

The Aircruise is a radical new design that promises to accommodate guests in a 265-meter tall hotel that could float above city skylines or over dramatic landscapes according to its designers at Seymourpowell.

It’s not a simple plane to get from A to B as fast as possible but for those you would like to enjoy incredible city and landscapes and relax in the  luxurious apartments with the breathtaking views. Too bad only 10 apartments will be available for rent.

Are you ready to slow down and enjoy ride of your lifetime?!!

Can you imagine our society without money and shopping. Where everybody has everything one needs, where you don’t have to go to work and can do/learn/create whatever you like in your free time.

Well, you don’t have to torture your imagination with that because a group of people already developed the idea. The idea of resource-based society instead of money-based one. They prove that when depositing all the energy and resources (that people put now in generating monetary profits, war and politics) into technological innovations we can create that perfect world utilizing all the natural resources without any harm to the environment.

The Venus Project is the plan for the future self-sustained cities where one has everything one needs. Headed by JACQUE FRESCO, a93 -year old industrial designer and social engineer, the Venus project partnered up with The Zeitgeist Movement. Together they try to change the way people perceive our society and  open our eyes on manipulative political and financial systems.

Check out this  12 min video on the Venus project architecture and technological planning if the future cities. For the full insight on their philosophy  watch the movie “ZEITGEIST: ADDENDUM” and you’ll be shocked how good those on top have you tied up.

While working on another project I came across “future city mobility” concept, the winner of Seymour Powell Award (an absolutely MIND-blowing product design company). Four buddies from Royal College of Art developed this great idea make our lives more fun and GREEN. Here’s how Marten Wallgren, one of the designers, describes their concept:

“Our concept was to create a car-free-zone in the central of London, called London Garden. Inside this zone we developed a system created around bicycles. Allowing a special designed bicycle/scooter to be well-integrated with the infrastructure aswell as becoming a part of the interior of the busses and taxis…In fact, the energy that you create while biking is used as a currency while docking the bicycle into the bus or taxi.”

Green energy sa the money?! I’m in! Take a minute to look through entire project, I guarantee you’ll be blown away. The guy was hired by Toyota..that says something. 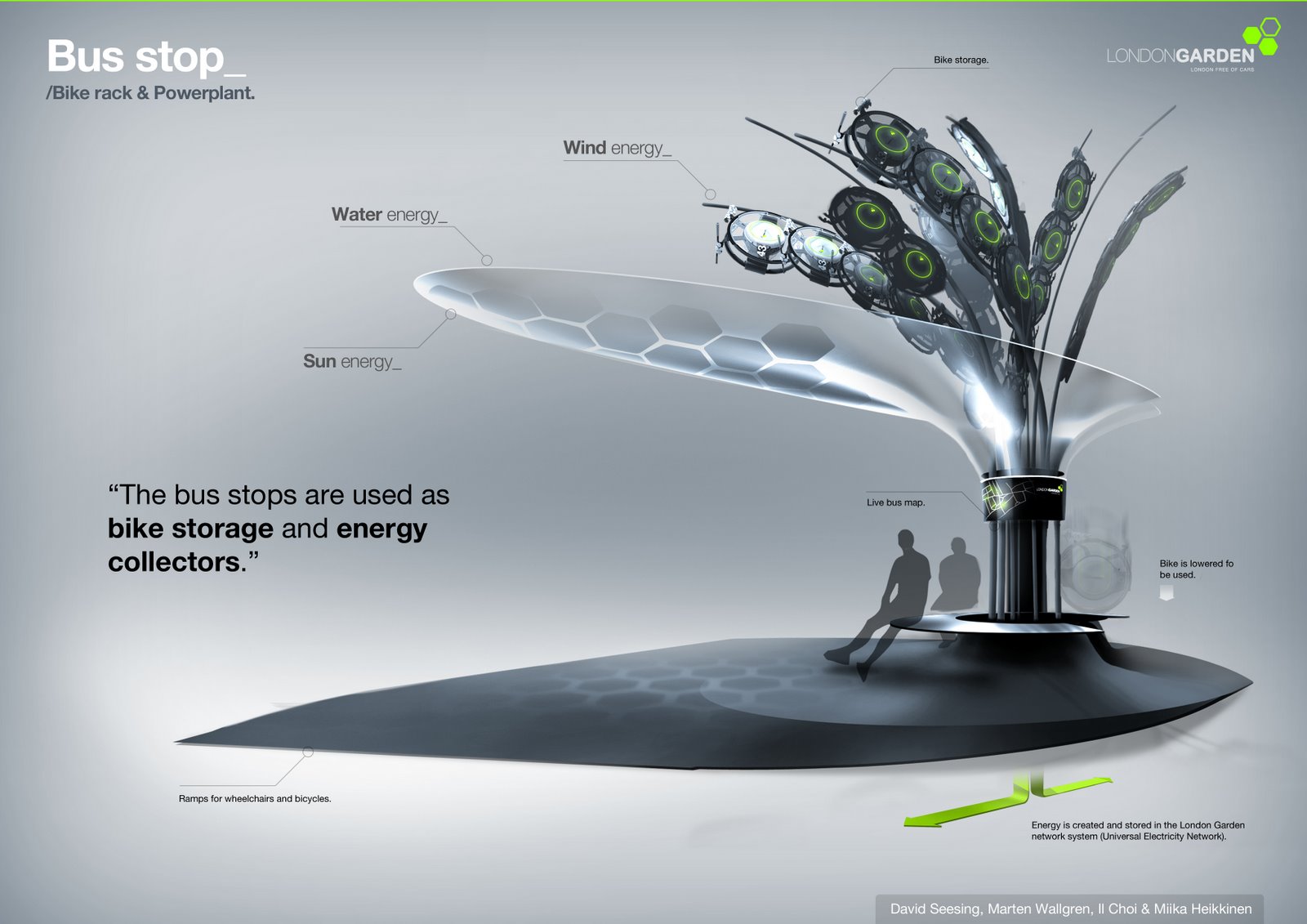 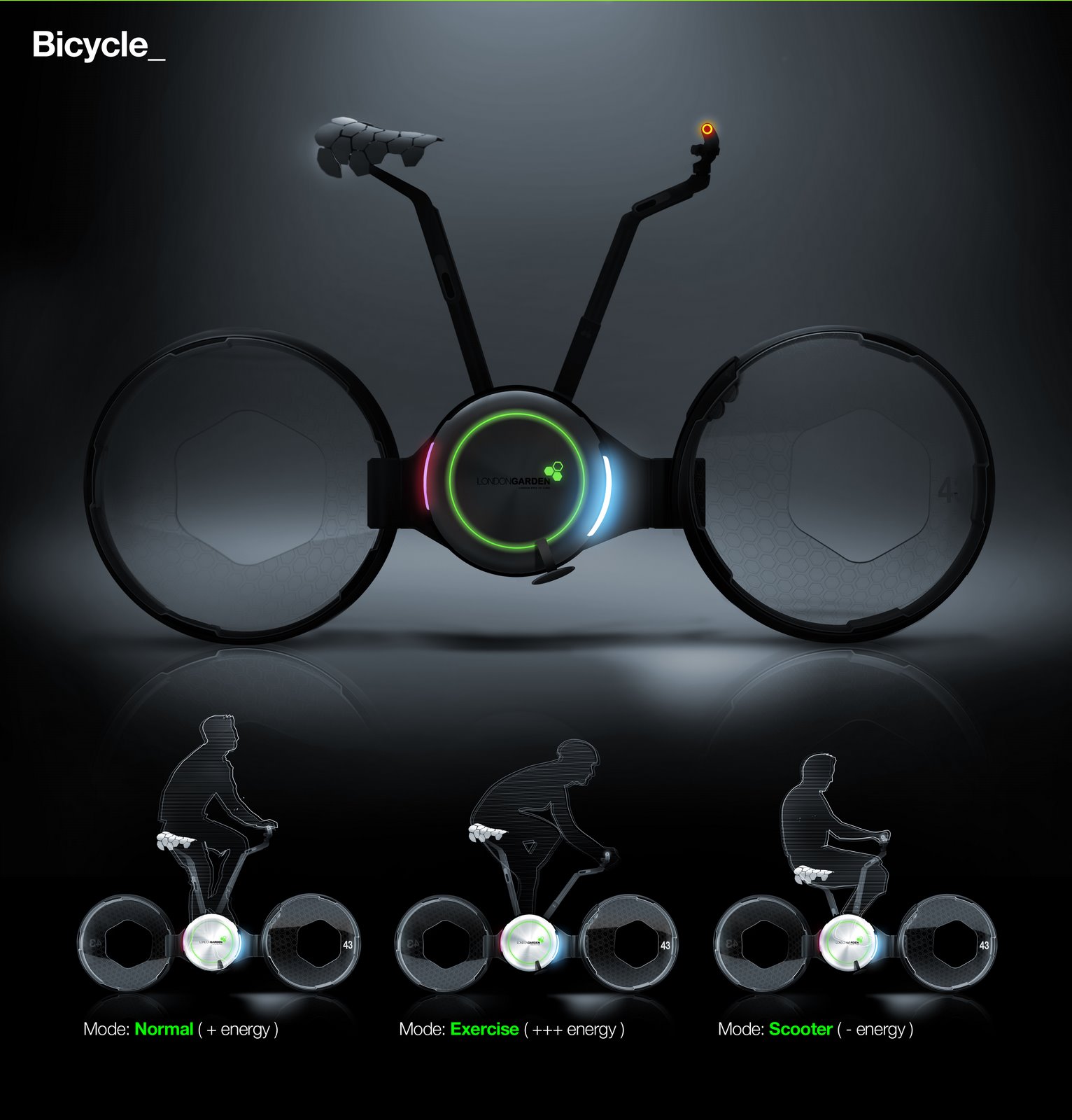 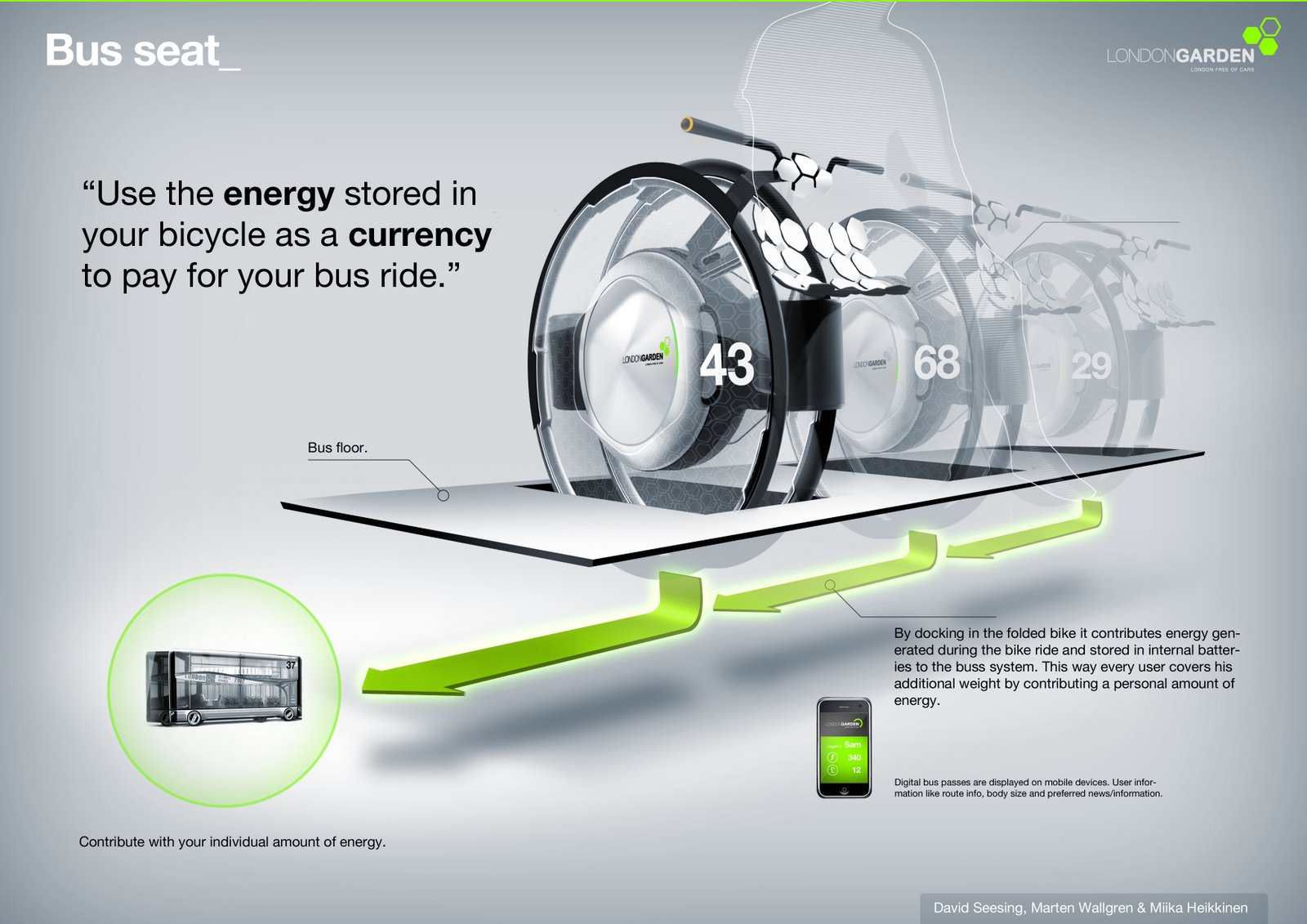